Without cities, towns, and villages, no fantasy world building project is complete.  In part 1, we’ll look at some things to consider.  Part 2 will be the template I use for creating a new settlement.

No settlement stands alone.  A city has towns nearby, and towns have villages nearby.  However, when drawing a map, you don’t have to draw the latter and might choose to focus mostly on the larger towns and cities.  Still, you should consider whether nearby places are friend or foe.  Even places farther away might be an enemy that this settlement needs to fear – or wants to attack first.  Some places will be allies, too.

Nearby land features (forests, mountains, etc.) might be home to hostile races or creatures.  This is one reason to draw a map first and then start deciding what your city is like and what the residents have to contend with.  Are there any important land features inside the town?  This includes magical and supernatural places, or maybe a religious site.

All of these will determine what sort of fortifications you settlement has, from a castle to walls, archery towers, moats, and gates (number, type, and location).  It also determines if the settlement expects to be attacked and has cleared land around it of forests an approaching army can hide in.  Have there been any major wars or battles involving this place?  Has the city or a castle within been destroyed and rebuilt?

The number and type of armed forces are also affected by location.  Is there only a local militia, cavalry, knights, or a garrison for an army?  Are there enough wizards to aid in a defense?  Is the average person trained in how to use a sword just in case or are they sitting duck peasants that will get wiped out pretty easily?

Don’t forget that there must be water for your citizens.  Your basic options are a river, lake, or well.  The latter will significantly impact how big your settlement can get (forget about a city).  You don’t need to comment on this much in your writing but avoid putting your settlement somewhere that doesn’t have water.  An ocean doesn’t count as that water can’t be consumed without making people sick. 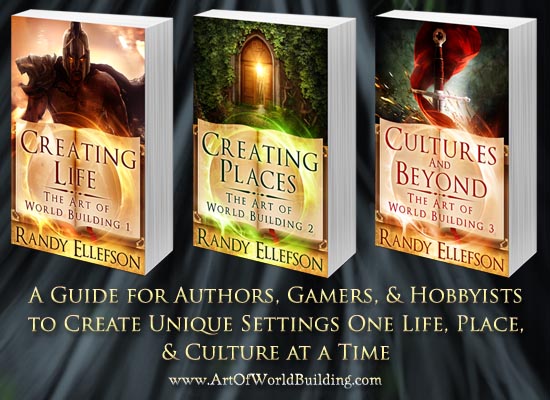 Which non-humans are living in your city?  Elves, dwarves, and even dragons might be welcome and have special quarters designed for them.  Or they might be shunned.  If there’s an elven forest or dwarven mountain nearby, this will affect how often that race is seen and what the likely attitude toward them is.  People tend to be more tolerant of something seen more often, unless there’s been conflict, of course.

Are “evil” races there?  Are they known to be there or do they generally sneak around?  Is the city overrun by them and all the decent races are the ones who must skulk around?

Authors often overlook what type of government runs a city, but you should have some idea, whether this has any direct effect on the stories you want to tell or not (it can just be a backdrop or something you decide not to mention at all, though that’s easier to get away with if your story/characters only pass through).  Equally important is whether someone else is truly running the settlement.  You might have a city council as the nominal head but a clandestine organization is really in power, whether through bribery, intimidation, or violence.  This can add a nice level of intrigue.

Your settlement probably has people important to either it or your story.  This can be the obvious city leaders to heroes, villains, warriors, and wizards.  When creating such a character, try to think of some reason they are either from here or living here now.  Is there something about this settlement that triggered their personality or drew them here?

If someone’s a villain, maybe they want to live somewhere out of the way to work in secret.  Or maybe they want a big population to do evil experiments on with a missing person being less noticed.  If you don’t find a reason, you’ll soon realize it’s no fun creating these people at all and you’ll just skip it.  This can be fine if you’re creating many cities.  Just fill in these people later when you feel like it.

How It Is Known

Every settlement tends to be known for something, such as a product.  Do they make great wines?  Weapons?  Are their knights amazing?  The wizards?  Or is the place just run down and a haven for bad people like pirates?  The reputation can help you craft an overall viewpoint that really adds character to a settlement.

Figuring out what secrets your settlement has can be a lot of fun.  This can include catacombs, weird supernatural phenomenon, evil organizations, races, monsters, or people no one knows are there.  You can create the secret and then have your characters be the one to discover the truth, which is all the more fun if the truth is horrible and right under everyone’s nose.

How Many Places to Create

You may need to create a variety of settlements, but the number and type will depend on your intentions.  I decided long ago to create one setting and really go into detail, intending to set most of my novels there.  As a result, I made over 50 cities and towns.  When creating such a large volume, it makes sense to create certain items in bulk.

For example, I created the major product of every settlement at once.  I did the same with banners, city colors, and symbols.  This helped ensure variety.  I did this in a spreadsheet and then just copied the info over to each city file later.  If creating many, decide which cities have the biggest populations and which ones are oldest/newest.

Remember that products will have much to do with land features nearby.  A lake town will not be building a ship-of-the-line (you wouldn’t sail such a ship on one unless the lake is huge).  A mountainous town isn’t likely to be known for its horses (there’s nowhere flat for them to run).  A city not near a forest is unlikely to export furniture due to a general lack of wood to build such excess; it will instead be a place importing it from somewhere else.  This can even be a conflict, where the only available, suitable wood is near another city laying claim to it.

In Part 2, I’ll provide the template I use for creating a settlement.

See a Music Video of Mine 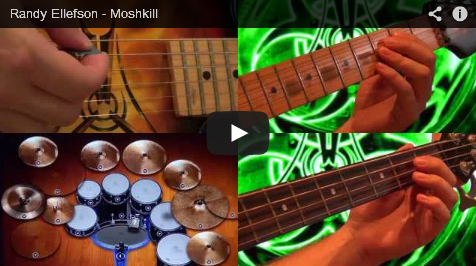 My video for “Moshkill” from NOW WEAPONIZED!